This morning I stepped out of my comfort zone and went to a session at the Pycon conference being held in Dunedin. I have been playing around with coding for a little while without ever really getting a grasp on it, and thought this would be a great opportunity to spend some time on it. Python is a language that can be used with Minecraft, the conference was in Dunedin, it didn’t require relief as it was a Saturday morning, it cost $10, perfect professional learning really. And I learned loads.

Firstly, I meet lots of cool people. The session was a mix of people which meant a range of skills. I was a little disappointed there were only 2 other teacher there…. but there were several programmers looking to find ways to help schools, or to help their kids learn how to code. So there was a whole lot of skill in the room.

We were working on computer that we running off a raspberry pi. I knew those we machines were grunty, but I didn’t realise how so. 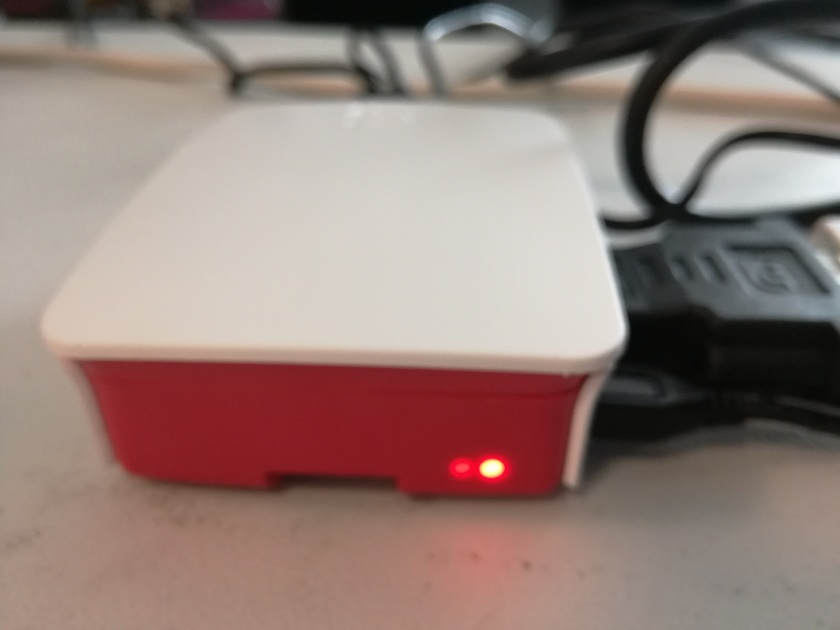 To start with , we got a series of tasks to work through – it was based on this book which I have now ordered.

Doing this task I learned about the language around programming. For example, how important syntax it – I kind of new this, but a lowercase where an uppercase letter should be causes chaos in the code. But it was cool to be fluffing around and getting the hang of things. And teleporting all around the map was cool to – Sitting next to a pro programmer meant I got some additional help and got into writing some loops (this said, I was able to show him how to move around in Minecraft… was awesome). He also teleported to 0,0,0 and got stuck as he went to where the world was generated from (we think…). 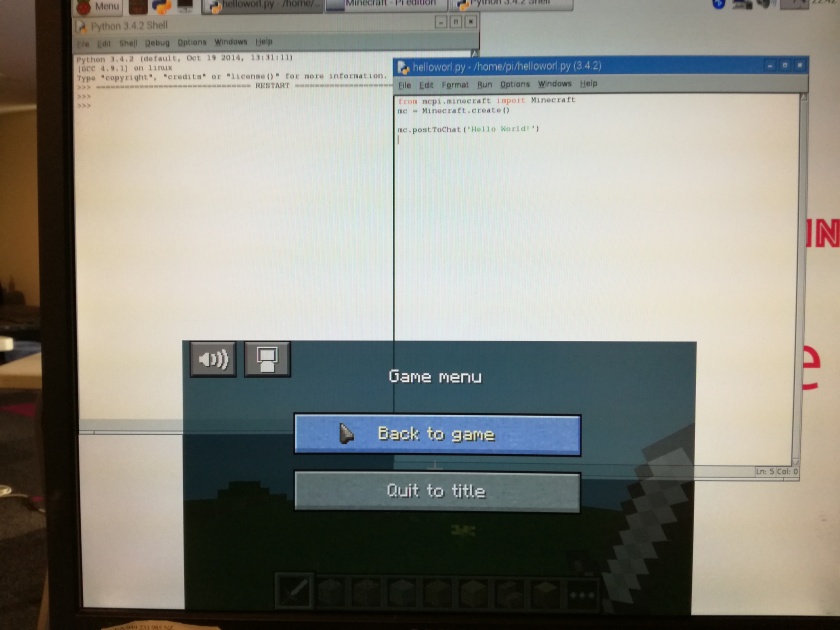 We also learned how to create blocks – which was very exciting for me as I would like to make some ion blocks and use minecraft for Ionic formula. So I am going to talk this through with my Yr 10s next week and see what they can do 🙂

The second part of the task was AWESOME.We got to ‘hack’ into the raspberry pi and do a little bit of electronics stuff using a bread board. 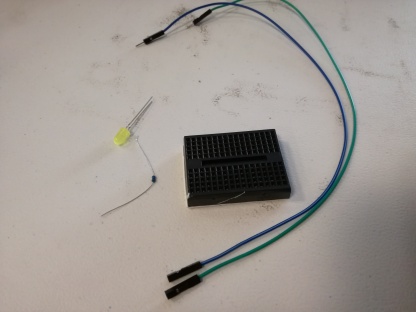 I didn’t get up to the stage of then turning the LED of and on in Minecraft as I ran out of time, but I will ask the robotics teacher at school if we can set this up so I can have another go.

So it was an amazing 90 minutes. I got to play around with some of the tech people keep talking about and actually see what it can do. How easy it could be to do the same activity in a classroom – and I am sure my kids would be way ahead of me.

So moving forward, I want to make some time to keep playing around. And for next year, re think how I teach our electronics unit for yr 10 – currently we build some circuits and solder a device that gives an electric shock. But if we can solder up an arduino and then incorporate some programming into it, it would SUPER rock.

2 thoughts on “Getting my code on at #kiwipycon”